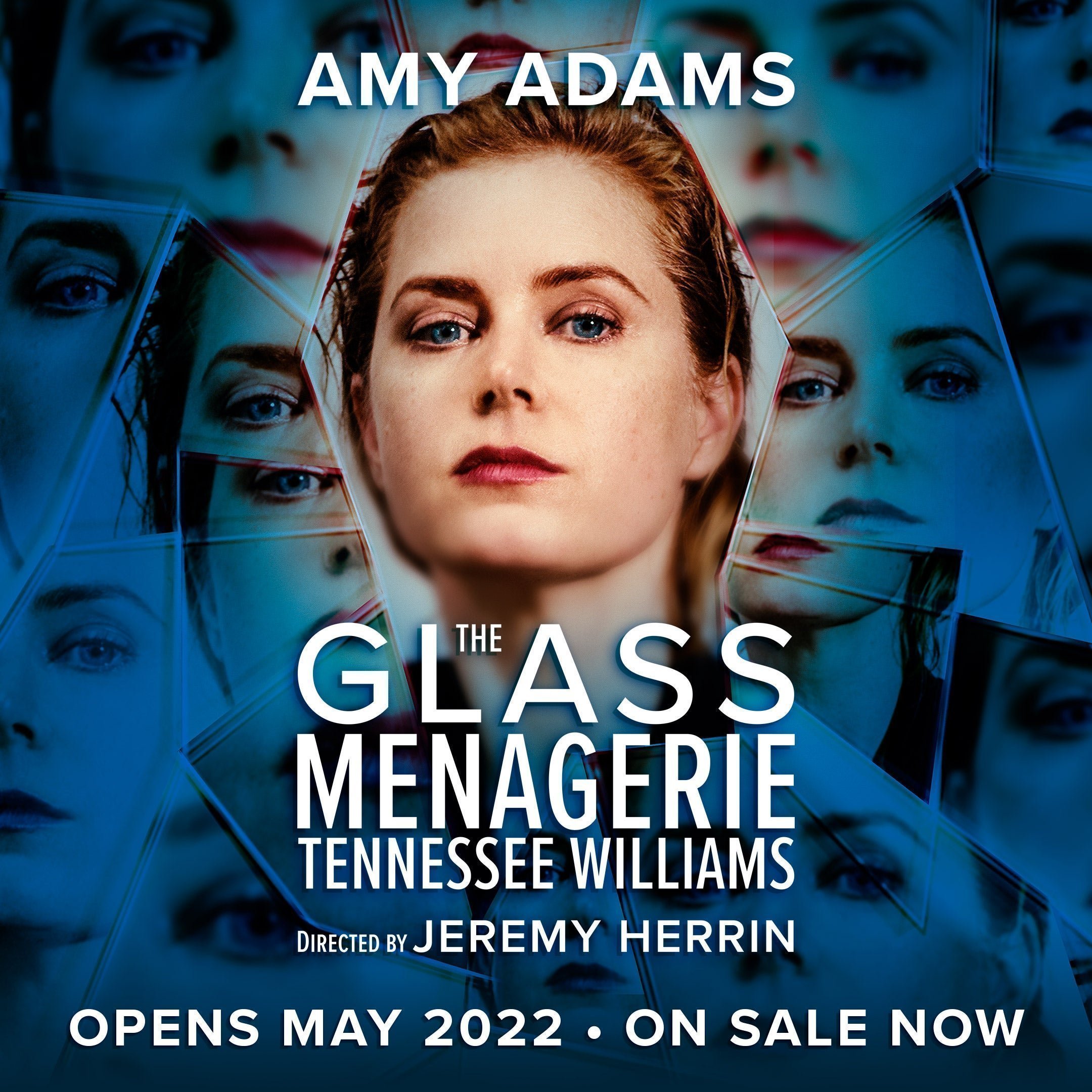 Tennessee Williams’ remarkable play, The Glass Menagerie, is a wonderful memory play and a piece of drama that made the playwright’s name. Thanks to this brilliant story he shot to fame and fortune from obscurity. The play premiered in 1944, during the Second World War, and is partly autobiographical, referring to characters inspired by himself, his unstable mother, and his mentally fragile sister. The Glass Menagerie opens at the Duke of York’s Theatre from late May 2022 with a 14 week run and Amy Adams has been chosen to play the lead role of Amanda Wingfield.

The story? Amanda Wingfield is trapped between now and then, between the past and present. She was shattered when her husband left but she has hung onto enough self-possession to realise she must take good care of her children’s future. Tom and Laura struggle to cope with their mother’s interference, leaving Tom feeling miserable with his life in St Louis and Laura pressured into a future that doesn’t interest her. When Amanda decides to find a suitor for Laura, the gap between dignity and desperation widens even more. This is the story of four strong characters, their dreams, and the harsh realities they face in Depression-Era America. Brilliant stuff!

Reviews Summary based on 29 reviews

Recommendations
Anyone:
Families:
Teenagers:
Young Couples:
Theatregoers:
A wow from th start
I brought a reluctant friend to see the show and she loved it. I enjoyed everything and the acting was superb. I am a big theatre fan and this is one of the best.
Arlene, 16 Feb 2017
Class Menagerie
Enthralling, captivating and moving. The production demonstrated care, grace and sensitivity in all areas with a formidable ingenuity to portray an original adaptation. Williams' well constructed words were utilised brilliantly and sharp moments of clever dream like movement left the auditorium transgressed in a world cultivating deeper meaning and feeling than could otherwise be possible in more straight laced versions.
Thomas, 15 Feb 2017
Great theatre
Very perceptive ,strong characters-Cherry Jones (Amanda) marvellous. db
David, 10 Feb 2017