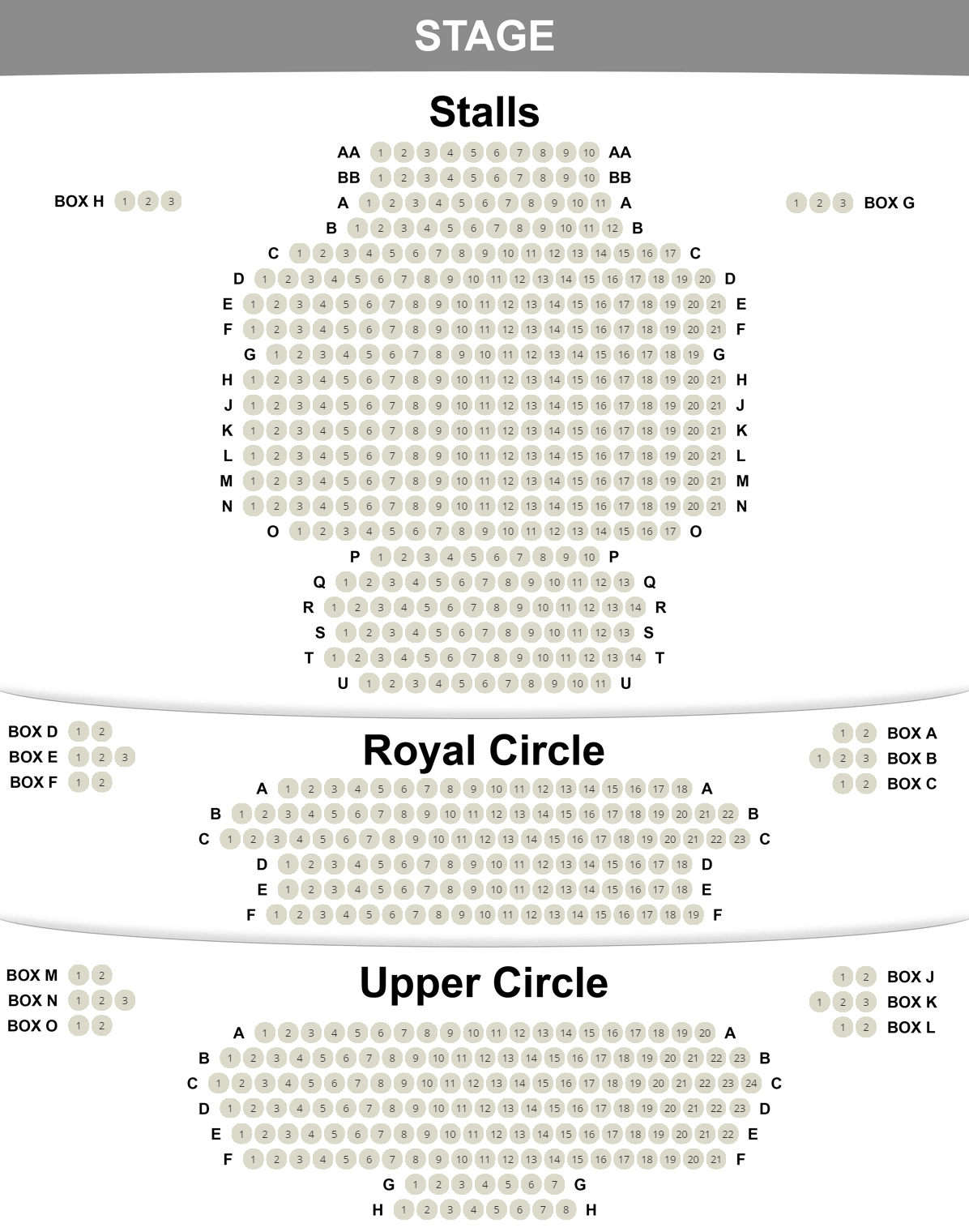 The Duke of York’s theatre is widely known for its opulent interior, making it a truly theatrical experience. It's of average size with 643 seats divided into three sections; the stalls, royal circle and upper circle. There are also some large, beautifully decorated boxes. Since the venue has a fair number of load-bearing columns which can prove a problem for visibility, it's wise to check the view from your chosen seat before paying for tickets.

The stalls at the Duke of York’s are very deep, stretching 23 rows back. They are also very narrow with an aisle on each side but no aisle down the middle. The wider rows are in the central section of the stalls, the best seats in the section. The overhang from the royal circle above affects the seats from row P backwards. The further back from this row you go, the more the overhang affects the view onto the stage. Seats in the back three rows are severely affected by the royal circle above, cutting off almost half of the stage from view.

The royal circle is one level up from the stalls and just six rows deep. The rows in this section curve round in a horseshoe shape and the seats at the ends of every row are considered restricted view, giving audience members a side-on view to the stage. The boxes on this level are almost entirely set into the walls of the theatre and are also considered restricted view. These boxes can be more expensive than other restricted view seats and should be avoided.

Almost a carbon copy of the royal circle, the upper circle is above the royal circle and two levels above the stalls. The seats follow the same curve as the circle below and contain the same restricted view seats at the ends of the rows. The upper circle is very high up and can feel distant from the action on stage. However, the seats can be incredibly good value for money provided you don’t suffer from vertigo! The leg-room on this level is very cramped and can prove a problem for taller, bigger people.