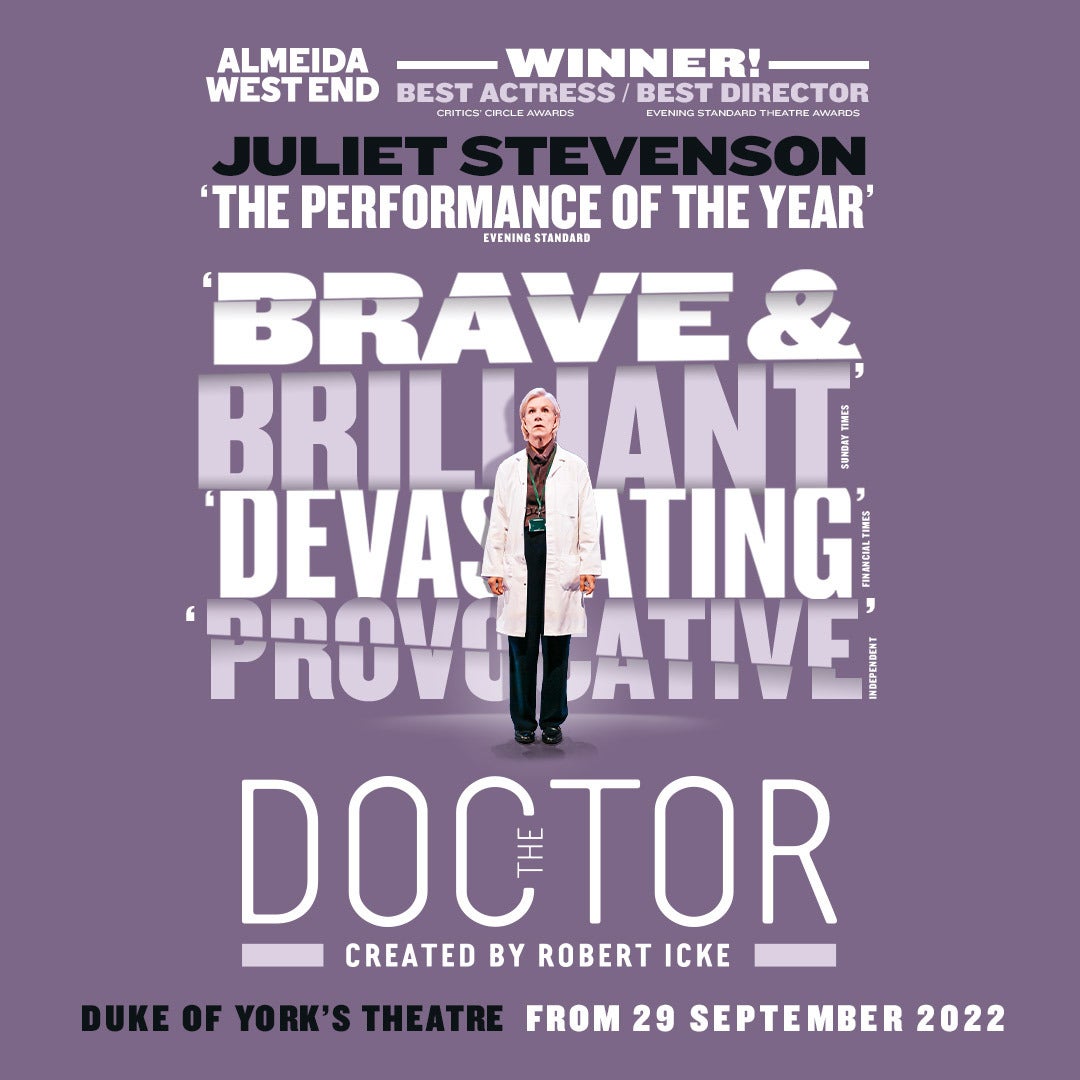 Doctors are tasked with 'doing no harm'. While a tragic young woman fights a losing battle for her life after a botched abortion, her doctor stands by. When a priest arrives to 'save her soul', the doctor refuses to let him in. She wants the girl to die in peace, not be distressed by the knowledge of her fast-approaching demise. The resulting story of division taps into today's divisive times, when we're often forced to take sides over choices we didn't want to make in the first place. The Independent calls it 'provocative, wonderfully upsetting' and according to The Guardian this whirlwind of gender, race and identity politics marks one of the highlights of the theatrical year. Don't miss The Doctor.

This is Robert Icke's fresh contemporary version of a 1912 play that was controversial at the time. It's just as controversial now, as is Icke's take on things. He's replaced the original male doctor with Juliet Stevenson's character, and messes with the other characters to disturbing effect: white actors play black characters, women play men, and some roles are left open to interpretation. The Doctor, Ruth Wolff, is played to edgy perfection by Juliet Stevenson as the accusations fly, anti-semitism raises its ugly head, and gender and identity politics come into their own. This is a play for a divided world, and it is completely, totally and utterly brilliant.

Reviews Summary based on 8 reviews

Recommendations
Anyone:
Families:
Teenagers:
Young Couples:
Theatregoers:
Fabulous!
One of the best plays I have seen recently. The Doctor is absolutely brilliant, thought provoking, interesting and a clever plot. We were hooked, I love plays that make you think. They covered all the most controversial topics of the day. The only thing I would say is that it’s a little bit too long but we loved every minute of it.
Oenone, 03 Oct 2022
Interesting evening
It was generally excellent but due to difficulty of hearing from where we were seated the music sometimes became intrusive
Chris, 02 Oct 2022